13-year old Sophie Smith has volunteered with Refugees Northwest for the past year: helping to furnish a newly arrived refugee family’s apartment, providing gifts for children at the end-of-Ramadan celebration called the Eid, supplying emergency food bags, and most recently, at the Holiday of Hope event in Seatac, helping parents in need obtain much needed gifts for more than 600 children.

The 7th grader from Northshore Middle School enjoyed all of the projects, but said helping welcome the mother and two daughters whose apartment was bare before the volunteers arrived (and totally set up by the time they left) stayed with her.

“It was the first project I did with Refugees Northwest. And it was so great, going into their home and leaving all that love inside,” Sophie explained.

At the Holiday of Hope event, Sophie wrapped gifts and helped parents choose gifts.  Several parents said their Christmas had been ‘saved’ by this kindness, and the sentiment was not lost on this young humanitarian.  “One of the parents said their son liked Minecraft and I pulled out a Minecraft Lego set, and that was just about the best feeling in the world.”

Toward the end of the event, she went to see if anyone needed help with wrapping, even though she laughs and says that’s definitely not her strong suit.  “I especially remember one lady who was so grateful and incredibly happy about being able to get her kids such good gifts.  She thanked me over and over even with all my fumbling with folding and ribbons and tape!”

Sophie’s partner in these giving projects is her mom Lorraine Lokosh-Smith, a Bellevue native who graduated from Newport High School and then earned her degree in International Studies from the University of Washington.  For Lorraine, the connection to Refugees Northwest is personal.

Both of her parents were born outside the U.S. and extended family includes multiple languages and traditions. “My father came to the U.S. as a refugee from communist Hungary in 1956 as a 17-year old, by himself, without a word of English. He was helped by a charitable organization much like Refugees Northwest and was able to go to college, become an American citizen, and build his version of the ‘American Dream’ with a successful career and healthy family,” Lorraine explained.

“I believe so strongly in the United States’ place in the world as a beacon for those striving for a better life for themselves and their children.  Most of our families come here as immigrants, but so many people now ignore that heritage.  The amount of courage and determination it takes for refugees to leave everything they know and cross the world for a chance to be part of our American story is staggering to me.  The fact that we wouldn’t welcome these brave souls is inconceivable.  Diversity is what makes our communities beautiful and vibrant.” 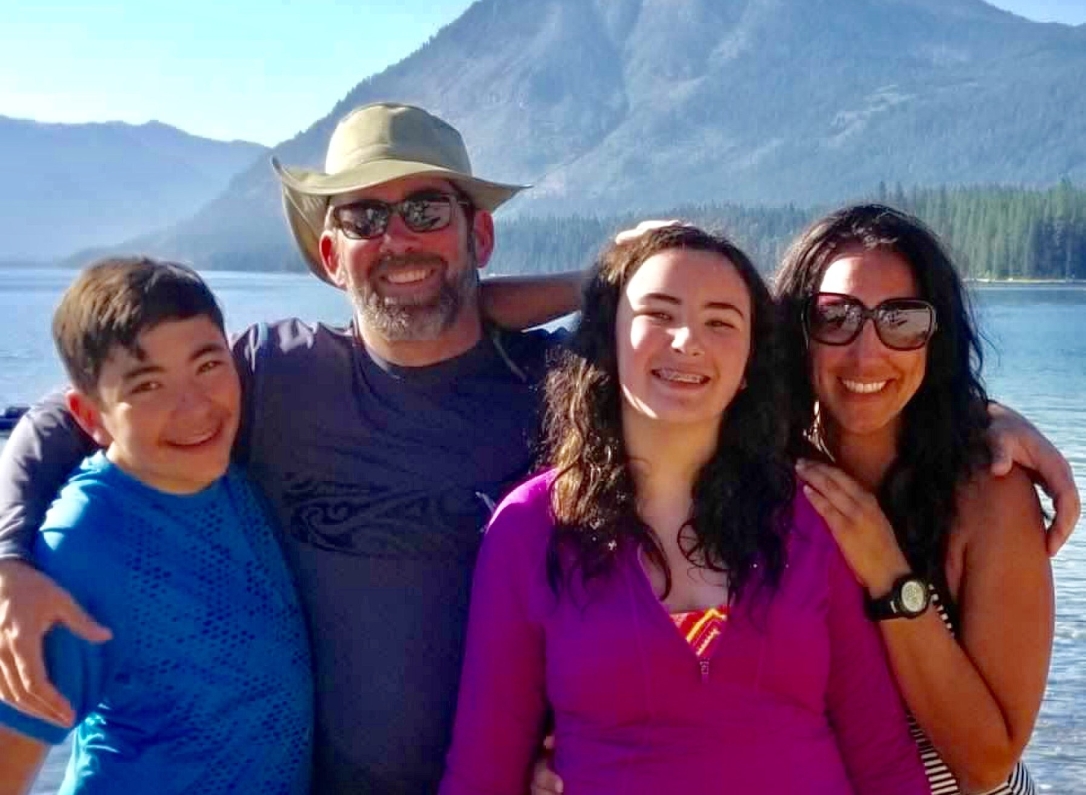 Lorraine says she felt helpless when public discourse about immigrants and refugees became so harsh.  “It saddens me that my children are old enough that they will remember this time and all of the awful rhetoric,” she said.  “While we continue to fight against things we disagree with, we realized it would also be critical to show support FOR the causes we believe in.”

And that’s how a mother-daughter humanitarian duo views their volunteering, as both a necessity and a privilege. Sophie sums it up. “It really all traces back to my parents and how they raised me to care.”

Lorraine observed, “Sophie is a very kind and passionate soul who wants to be involved in making the world a better place, and I couldn’t be prouder of her.

At Refugees Northwest, we are deeply grateful to—and inspired by—Lorraine and Sophie: a mother whose heart is vast, and a daughter who walks right beside her, making a difference in the lives of others and strengthening the human bonds that build our future.

PS: Lorraine and Sophie appeared in our video featuring staff and volunteers answering the question “Why do you give to Refugees Northwest?” We think you’ll enjoy it! Happy Holidays!